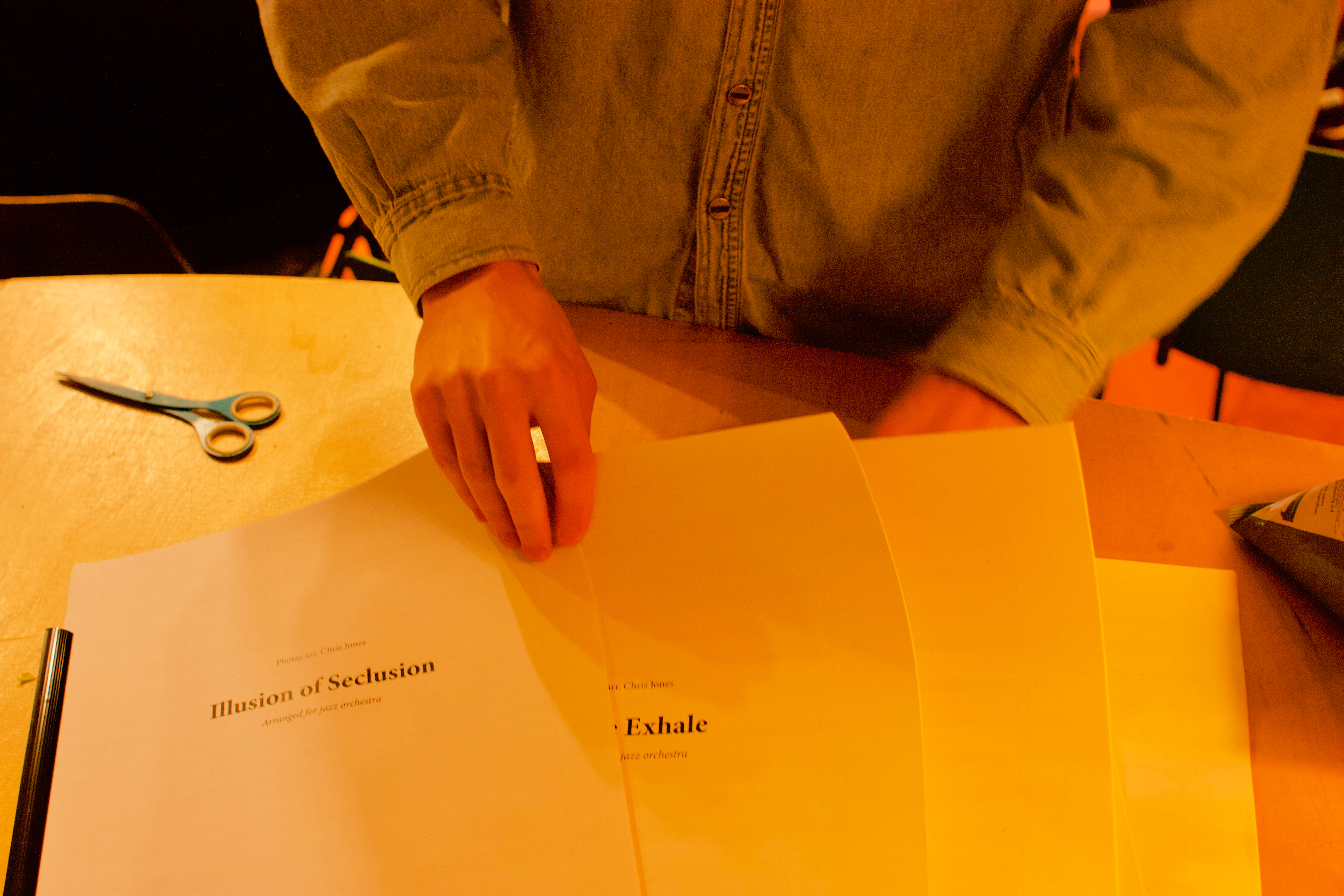 Our collective ensemble is steaming its way towards Peckham Levels for an open rehearsal on Sunday 14th July. We claim to be reinventing big band music for a modern audience, so we thought we’d put our money where our mouth is first of all by showing you some of the hottest big band music we’re listening to at the moment. There is a lot more to big band music than Glenn Miller swingers… find out what our band picked…

Gareth Lockrane – Fistfight at the Barndance

Our alto sax magician Matt picks out one of the UK’s leading lights: “Gareth is a masterful composer and arranger, and what makes this band so great for me is it features some of the best soloists in the country”.

You’d be mad not to be all over everything Louis Cole puts out at the moment. Drummer Tristan ‘Trusty’ Bacon picks out a full band session led by Cole on the keyboard. Enjoy the extremely high concentration of big band musicians in one LA House and Louis Cole giving band cues from the window. “Such a catchy main hook, the groove is so in the pocket and I can’t get enough of Louis’ falsetto”.

An absolute whirlwind of a big band tune, from a much loved film. Luke comments: “A crazy, exciting, fast-paced piece which is as fun to play as it is to listen”.

“This whole album shows just how closely related jazz and hip hop are, but it’s also pretty audacious to have a big band track that’s so placid, in comparison to what we expect from big bands usually.”

“I’m always amazed by both the technical fluency of the players and Charlie Haden’s and Carla Bley’s masterful writing. ‘Throughout’ is an elegiac piece, that slowly builds and builds toward some fiery tenor solos!”

“Christine Jensen is an eminent Canadian composer with her own jazz orchestra. From the album ‘Habitat’, Blue Yonder has a seemingly relaxed afro-cuban groove, with an impressive compositional arc and a range of soloists all from Montreal’s thriving scene.”

“Ronnie Scott’s ill-fated big band from the 50’s only ever recorded a handful of tunes over it’s short lifespan. BANG! is one of my favourite big band recordings from their catalogue, featuring plenty of catchy riffs and a burning solo played by the Jamaican altoist, Joe Harriott.”

Louis Jordan – ain’t nobody here but us chickens

Josie’s first pick is an old school choice from 1956, from Louis Jordan.

If you want something more modern with a fat helping of cheese, she suggests the Bublemeister’s version of the classic, Moondance.

Somerton comments simply: “The band entry after Chick’s intro is something else”.

Strike Up The Band (also known as Bike Up The Strand)

This standard swinger is a favourite of mine – quick, tight, with a smooth tenor solo and a drum solo of epic proportions

Bob Mintzer comes storming through with a monster big band arrangement of this KNOWER tune in two different flavours of 3/4 groove. Louis Cole causes mayhem on the drums with the Mintzer Monster himself on tenor sax.

Here’s a look at what was going on in Studio 4 last week. We got to work with Louis Cole and Genevieve Artadi from Knower, with our Principal Conductor Bob Mintzer at the helm. From our wednesday rehearsal, “Around” is a funky 3/4 KNOWER tune by Louis Cole, arranged by Bob Mintzer, featuring Genevieve on vocals, Bob Mintzer on tenor sax, Johan Hörlén on alto sax and Louis Cole on drums. Recorded Live in Studio 4, engineered by Christian Schmitt, Walter Platte and Gerardo Gruosso.Posted by WDR Big Band on Friday, 24 May 2019

Come and join us on Sunday 14th July at Peckham Levels! RSVP on Facebook here.