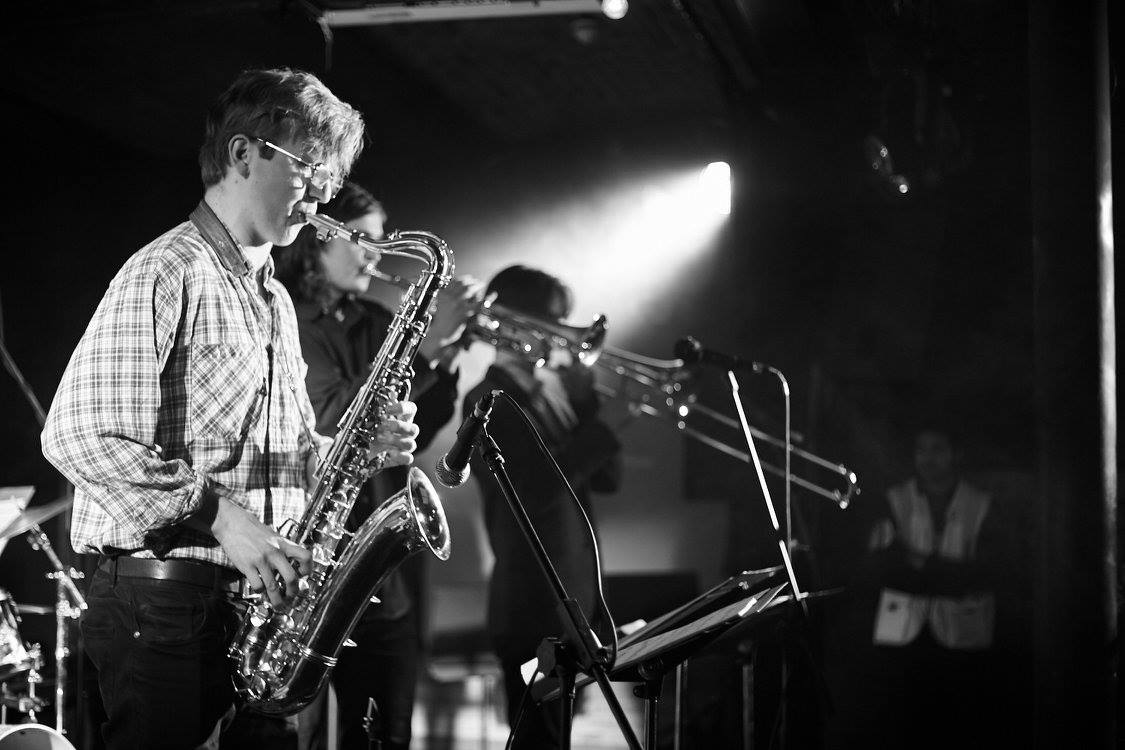 James Maltby holds the pen on all the compositions of Elephant Talk – playing at our next Jazz Plus Presents event on Thursday 15th August. The group’s music combine a multitude of different influences, with young and talented musicians lending their own twist to the tunes.

This track was a huge influence when I was first getting into jazz and became the model for Elephant Talk’s lineup. A really catchy tune with a great groove, featuring some blistering solos from Justin Vasquez, Elliot Mason and Janek himself.

I spent a long time transcribing this for Elephant Talk. It’s a bit of a roast to play but an amazing composition. I love Nate Wood’s production here, particularly the drum sound, which my friend once likened to “the end of the world.” The comparison certainly made sense at the time…

Many Tigran tunes could have had a place here but this solo performance really captures everything I love about his music. Beautiful singing melodies, intricate textures and a jaw-dropping level of rhythmic ingenuity (wait for the beatbox solo…)

A lot of rhythmic skullduggery going on in this one. The pulse is often disguised by the phrasing in the drums, giving the illusion that the time is constantly shifting when it mostly all fits into a 12/8 groove. I subsequently checked out the African influences in this piece and was led to artists such as Brice Wassy and Lionel Loueke, both of whom continue to have an influence on my writing.

This tune played a big part in shaping our ballad “Eucalyptus.” I’ll openly admit to stealing some of Mike Walker’s guitar voicings from this track, which capture a beautiful blend of jazz and folk.

One of my favourite bands on the London scene at the moment. This tune has a really cool swung-triplet feel and some lush guitar tones. The album draws on an array of African and South American influences, blending heavy grooves with atmospheric soundscapes. Check them out!

Elephant Talk will be playing for Jazz Plus at our next event at Folklore in Hackney, on Thursday 15th August. Tickets available here!

All these tracks can be found in our Jazz Plus Picks Spotify playlist.