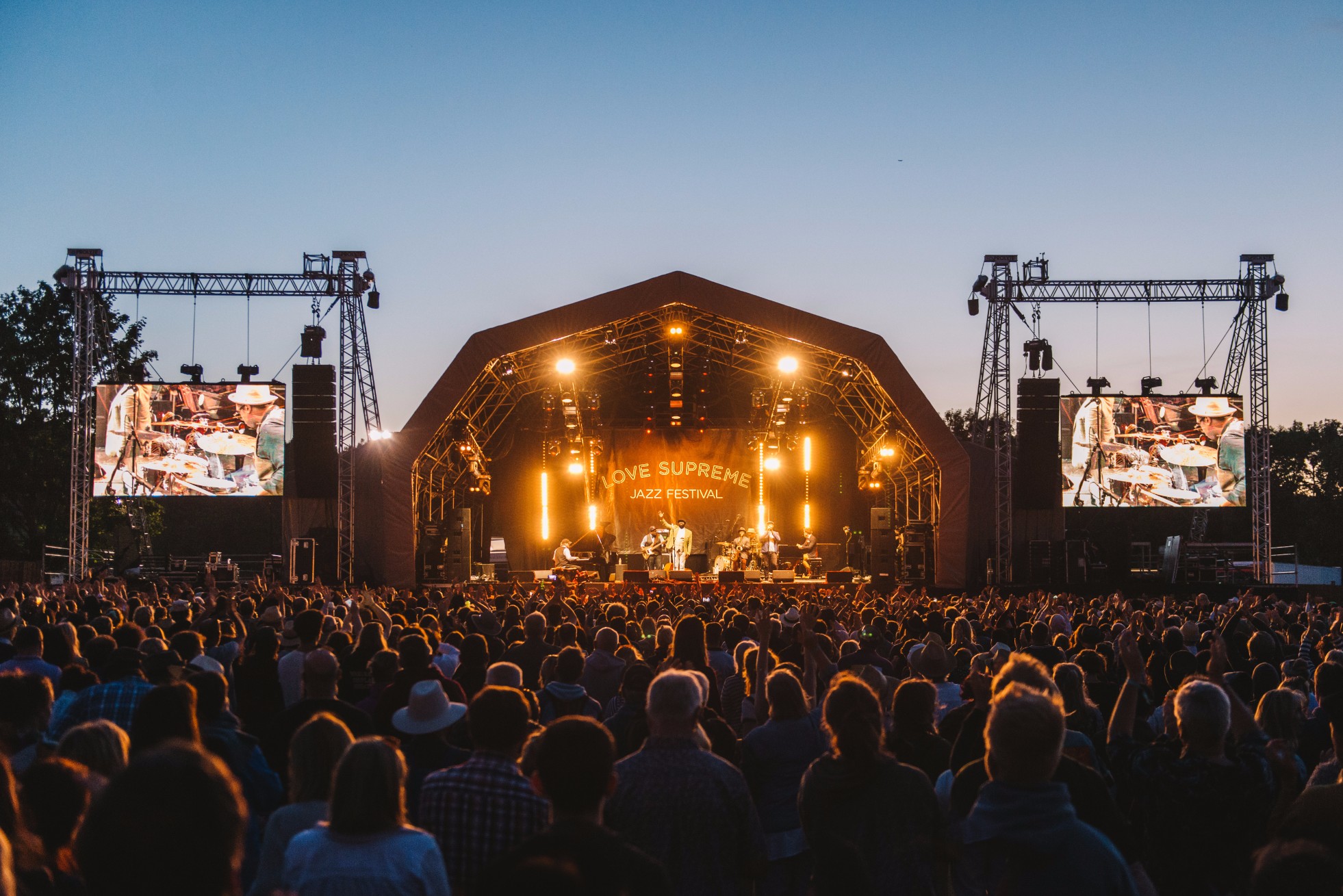 Love Supreme turns 6 this summer, and despite its infancy amongst the summer festival scene, it consistently packs a punch, being rated one of the top jazz festivals in Europe, providing amazing musical experiences across the jazz landscape.

We’ve selected performances from young artists across all 3 days and 4 stages that you won’t want to miss out on: (warning, you may need to be in 2 places at once!)

Alex Hitchcock Quintet | The Arena, 1845-1930 |  Hitchcock is, without a doubt, one of the finest young tenor players on the scene today.  He weaves melodies effortlessly making for compelling listening.  Together with his tight band, which includes James Copus on trumpet, this will be one of the highlights of the festival.  Why not read our review of his album launch gig?

Jazz Plus Presents: Beats on Book | Bands & Voices, 1900-2000 | We couldn’t miss out our show could we?  Beats on Book are a brand new ensemble from Manchester that combines a tight funk ensemble with cutting spoken word that foams at the mouth.

Alfa Mist | The Arena, 1430-1515 | It’s quite rare to find musicians being drawn to jazz from other genres, but Alfa Mist has peppered his latest album with these new jazz discoveries, making for a record that spans grime to soul.

Rohey | The Arena, 1545-1630 | Norwegian quartet Rohey (pronounced row hey) came onto the scene around 2016, and their debut album has echoes of Hiatus Kiayote to it – but combined with Rohey Taalah’s Erykah Badu-esque vocals, it is definitely a sum of more than its parts and shows exactly why jazz is so exciting right now.

Lalah Hathaway | The Big Top, 1845-1945 |  You might know Lalah’s voice from Snarky Puppy and Robert Glasper albums, but she’s released 5 studio albums in her own right.

Where Pathways Meet | Bandstand, 1945-2030 | One of the many bands to have been caught up in the South London jazz explosion of recent years – they promise the sounds of “outer space” colliding with dance-focussed grooves.

Ezra Collective | The Arena, 2000-2100 | We’re big fans of Ezra Collective with their energetic blend of reggae, afrobeat, jazz and hiphop.  A product of the bubbling South London scene – if you’ve not seen them yet, make sure you catch them at the festival, and perhaps you too will become an Ezralite?

Portico Quartet | The Arena, 2145-2245 | Mercury Prize-nominated Portico Quartet will perform tunes from their forthcoming Gondwana Records release.  If it’s anything like their previous 4 albums, there will be plenty of ambient, minimalist cinematic electronica.

Eric Lau | Blue in Green Bar, 2200-0100 | We’ll make sure we head back over to the Blue in Green Bar to round off Saturday night.  A three hour DJ set from one of London’s finest producers?  Go on then.

Zara McFarlane | The Arena, 1430-1515 | We saw Zara at the EFG London Jazz Festival, and her show was one of our personal highlights.  A captivating performer, and a great band to accompany.

Tom Misch | Main Stage, 1645-1745 | Laid back grooves from this bedroom producer will be perfect for the Sunday afternoon unwind.  His debut album Geography, released earlier this year is full of hip-hop beats and those irresistible trademark guitar licks.

For all your UK young artist led new jazz, groove and good time needs follow us on social media @jazzplusprods.