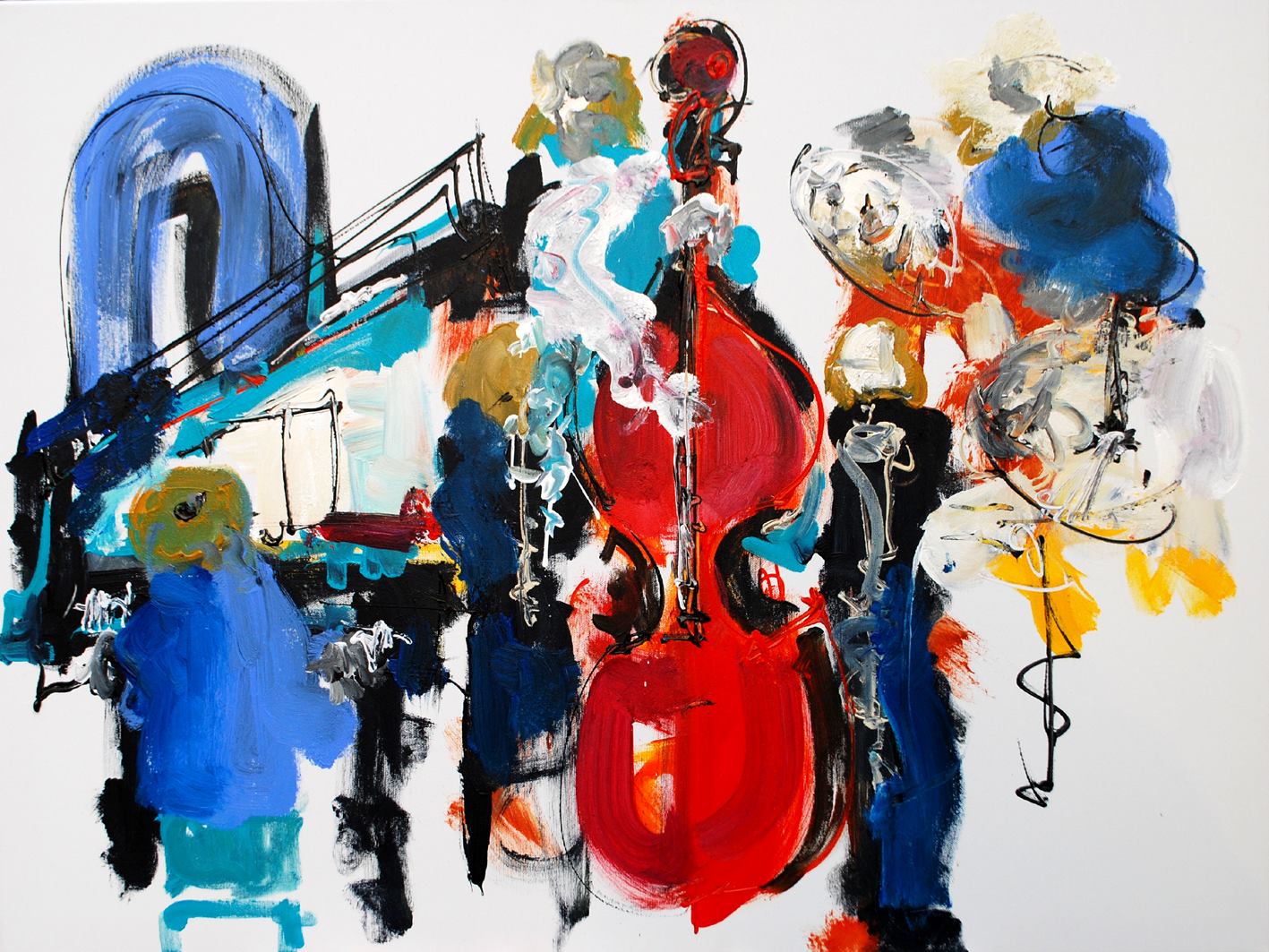 A swelling crowd spilled over into the bar area of Pizza Express Jazz Club with most gig goers having tackled their pizzas by the time the Alex Hitchcock Quintet took to the stage.

A well planned set began with an opener that eased the audience in, revealing flashes of each performer. James Copus’ first flugel outing was well received, but was only the beginning of what he had in store for the evening.

Appreciative of such a receptive Monday evening crowd, Hitchcock proved a natural presence on the mic, stringing tunes together with some anecdotes from the tour so far, and particularly entertained those present with a tale of the germination of his favourite gig shirt, which he’d donned for the occasion.

Happily making use of a beautiful grand piano in the second set, an ample introductory solo was rightly handed over to the masterful Will Barry, who kept the audience in the palm of his hand, while later on in the set a very welcome solo from bass player Joe Downard was a well crafted respite.

James Copus on trumpet and flugel seized the spotlight again at points in the second set. Uninterested in an unneeded microphone, he had everyone’s eyes and ears as he rocked back on his heels lost in some staggering phrases.

The final tune of the night brought plenty of energy: Blues For JC was once again humorously introduced by Hitchcock, who deliberately stoked some ambiguity over the bearer of the tune’s JC initials (the band decided to attribute it to footballer John Charles tonight, passing over Jesus Christ and John Coltrane). Lightning fingers from both horn players made light work of a lightning riff, before Hitchcock took centre stage to show some real virtuosity shredding the changes. Handing over to Jay Davis, the drummer showed he’d kept something up his sleeve all night: a metrically chattering snare built into a flawless solo before band dropped into the head again for one last time.

Not the first time Alex Hitchcock has pulled in a bustling Monday night crowd to Pizza Express Jazz Club, and surely not the last. A fitting London date to a tour which has no doubt been just as much of a treat to audiences up and down the country.