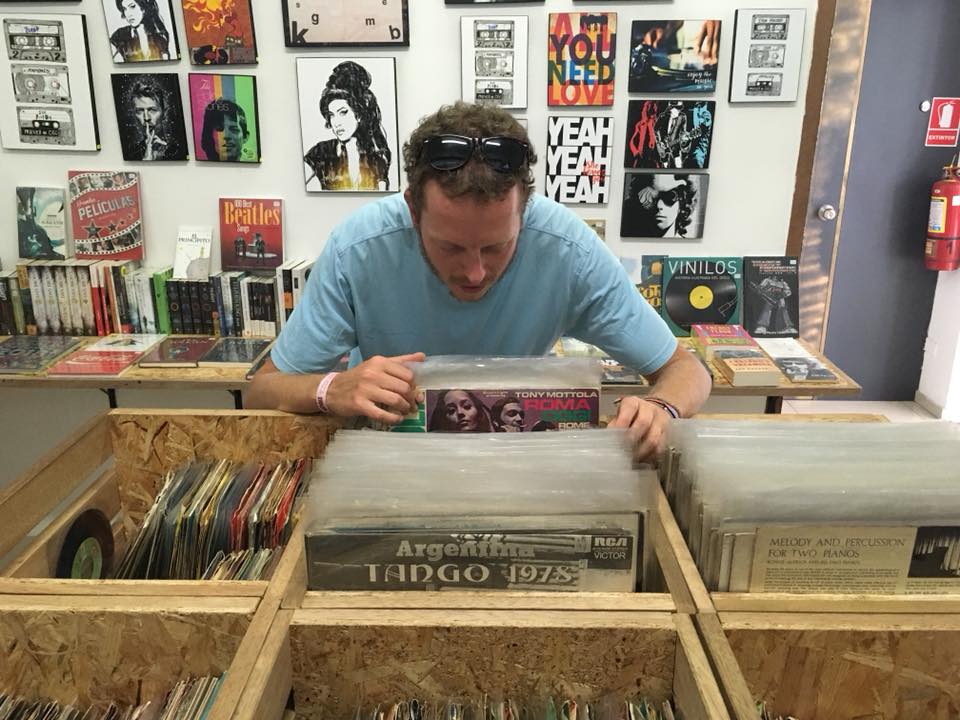 Harry Forshaw has got his finger on the musical pulse, and his hands all over the ones and twos.  We’re delighted that he is one of our resident Jazz Plus DJs, alongside presenting a monthly show on Music Box Radio UK.  We caught up with him ahead of his EFG London Jazz Festival slot at Rye Wax with PYJÆN.

Jazz was truly my first musical love, and led me to start playing the trumpet myself when I was in Year 3. My uncle gave me a quadruple CD called ‘The White Box of Jazz’ when I was probably 14 or 15, and some of the moods and grooves on there really captured my imagination. It featured a wide range of classic jazz – from Stan Getz and McCoy Tyner to Buddy Rich and Lionel Hampton – and I still return to it to this day.
Picking just one track from this period of early exploration is difficult, but this one from Art Blakey and the Jazz Messengers is a definite contender; I love the rich sound palette the band creates, and the individual playing – from Wynton Marsalis on trumpet, Bobby Watson on Alto and James Williams on piano – leaves me feeling inspired on every listen.
Fat Jon – How You Feel
This is an example of the type of loop-based instrumental hip-hop I could listen to over and over again for hours on end. Shouts to my good friend Henry for showing me this one. I’ve been through phases of listening to loads of different types of hip-hop and rap over the years – from all of the 90s ‘golden era’ stuff, to darker stuff from Memphis and the southern states to lots of UK stuff from Jehst, Lewis Parker, Task Force, Harry Love etc.

I’ve always loved the interplay between good lyrics and a beat, but there’s also something about the deep, groove-based simplicity of instrumental tracks like this that manage to put me in a Zen-like state whenever I listen to them. If, like me, you enjoy this kind of vibe but never find them to be long enough, check out the ‘Homework Edit’ series on YouTube – some guy who’s looped loads of J Dilla beats into 45 minute mind-soothers!

Although this track was probably written to be played out in a very specific musical context, for me it’s a near-perfect example of a tune that functions brilliantly both in that setting – a dark, bass heavy room – but also through good headphones whilst riding a bus through London late at night. Journalists went through a phase of describing certain tunes as like ‘night bus music’ – and for me this is exactly that track. The atmospherics Pev and Appleblim create here through their drum, synth and bass programming are incredible.

This is just one of hundreds of dubstep tracks I would like to have highlighted here – but shouts to my older cousin George for corrupting me in the best possible way by showing me N-Type’s Dubstep Allstars Vol. 5 when I was 16…

One of my all-time favourite pieces of electronic dance music, no question. I heard this on Benji B’s late night BBC Radio 1 show probably 8/9 years ago and was immediately hooked. I’ve played it at so many house parties and clubs and still listen to it on the regular at home, and it just never ceases to give me a real feeling of energy.

I realise I haven’t really selected anything particularly new here, so I’m going to finish with this one, which is being released at the end of October. It’s written at a tempo I love (about 100bpm), and Joy’s created what I think could be one of my favourite tunes of 2018. Despite using a down tempo BPM, he builds up a really warm and propulsive sense of energy sure to get people bubbling on a dance floor. The amazing sound design and production on ‘81b’ also mean it’s a treat through the headphones. Big tip – this one’s definitely getting copped!

and then grab some tickets to see him live on the decks at Peckham’s Rye Wax, alongside PYJÆN and lushandverdant on Wednesday 21st November. BUY HERE