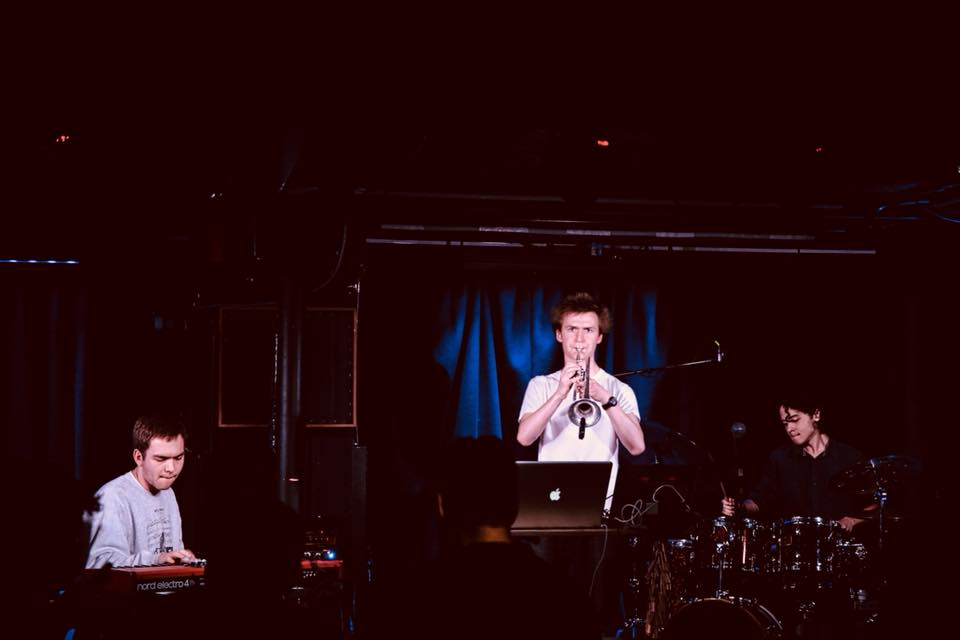 A young trio of movers and shakers in the jazz world, Zeñel have been described as delivering “in the finest traditions of jazz: memorable tunes that are a cloak for complex, challenging and thrilling improvisations.”

All three members, Noah, Zoe, and Laurence have told us about the tunes that have most inspired them in their musical life so far. Read on to find out more.

Noah: This track is one of my favourite of Flylo’s. Sound design is perfect-crunchy, hypnotic and watery through the ambient first section- but the thing that makes this track is the unexpected drop into the nastiest of all beat switches. Flylo at his most distgustingly genius.

Jimi Hendrix – The Power of Soul

Noah: This is definitely my favourite Hendrix, and probably my favourite live rock recording ever. Band sounds ridiculously tight, particularly Buddy Miles and his compressed crunch of a snare, and Jimi wails with the same pain and hypnotic intensity as any singer or MC. The guitar/bass riffs on this are also some of the sickest in all of recorded music.

Miles Davis and John Coltrane – All of You

Noah: This track was only released recently in 2018 but its already become one of my favourite live albums. This track in particular gets me mainly because of the unreal intensity of Coltrane’s relentless flurries of lines. He throws out the rule book of jazz and leaves no space, the rhythm section barely interacts, and it sounds unbelievable. Also pretty epic hearing him ‘boo’d’ by a French audience only to be spurred on more.

Laurence: This was one of my first introductions to electronic music mixing with jazz and still probably my favourite. It was just beyond perfect for me. It had all these elements of amazing producers like Hudson Mohawke, with these sick wonky marching band snare fills, supersaw basslines, nasty kick and snare sounds that punch through the thick wall of 80s style digital reverb. The drop is so raw, just smacks you in the face with all these 16th note offbeats at a dubsteppy tempo. It also cherry picks some of the best bits of 70s/80s fusion, with Herbie Hancock style lead synth modulation, little Joe Zawinul gospel triady chordal fills and surprising introductions of completely new material with beautiful modulating changes.

Laurence: Meshuggah is one of my two favourite metal bands (the other being Black Sabbath). This track is from the first Meshuggah album with the line up and style that we know today, released in 1995 but feels like other Metal bands took a good 5/10 years to catch up with this level of complexity and cohesiveness. The rhythms are so beautifully constructed, but also allow to music to reach an immense level of heaviness. The guitar solo is also a highlight. Allan Holdsworth’s influence is very clear, but puts it in a new context that works amazingly well. Fredrik Thordenhal (Meshuggah’s lead guitarist) demonstrates that he is a master of harmonically ‘outside’ improvising in a way that puts most modern jazz players to shame.

Got into this recently. Dizzee Rascal basically takes the sickest parts from his new album and condenses them into a freestyle and the flow is probably my favourite of any rapper. I fully just steal rhythms from this and try to use them in my improvisations (but usually fail). Some of them are mad complex and operate on the framework of really fast 16th notes but over quite bare trap beats, which I love. 4:25 is a highlight.

Zeñel will be playing alongside Antelope at Redon in Bethnal Green, London, on Saturday 23rd June. Tickets available here:

Find all our Jazz Plus Picks in our Spotify playlist too: