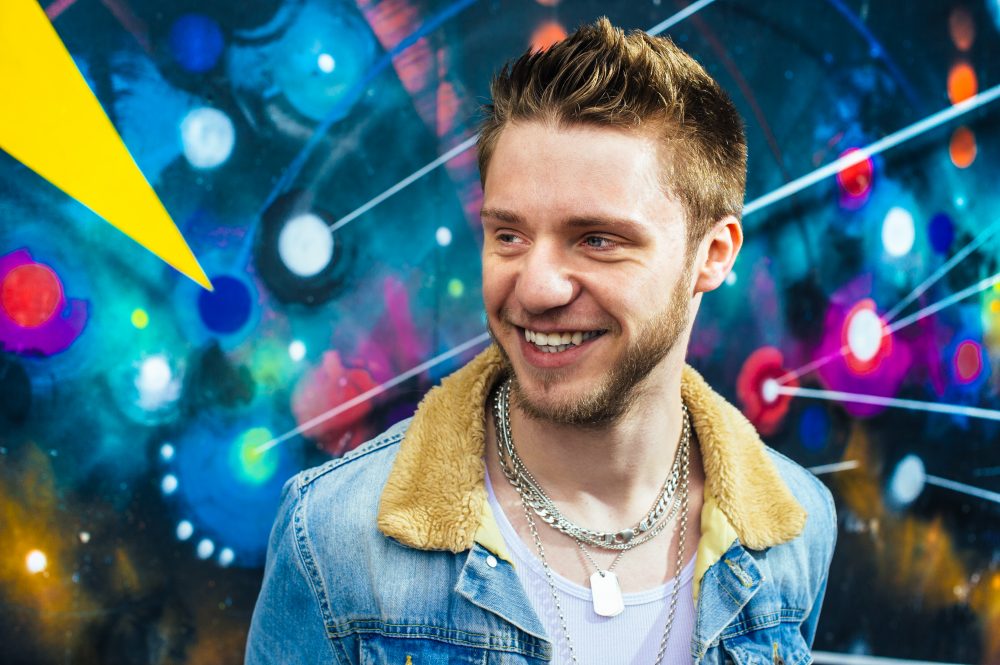 We caught up with Jack Baldus – frontman, singer, composer and keyboardist of JACKSON – ahead of his gig with us in a few weeks time to chat musical influences and songs that have been top of his playlist recently.

It was the simultaneous riff you hear in this track which blew my mind when I heard this, and pretty much every time I listen to it as a matter of fact.

This influence can be heard on one of my first tracks on the first EP – Happiness; where the band and I play a ridiculous riff out of the blue during a nice bouncy summer-time groove!

Jamiroquai – When you Gonna Learn

Having had Jamiroquai pumped into my ears from a very young age, with the aid of having older brothers with exceptional taste in music, I can’t help be heavily influenced by this superb Acid Jazz/Funk band.

This is the act that I get referenced to more than others, and I’m more than OK with that!

I’ve always loved the grooving bass of this track, and the driving percussion. Political lyrics delivered through a jazzy melody over pumping good vibes music.

My latest EP – Push Through, is definitely (lyrically) based on our current political climate, but delivered through what I hope are cool and original grooves.

I cannot compile a list of tracks that I’m listening to of the Funk/Jazz/Soul ilk without listing Radiohead.

Although they are never described as Jazz…Well it is hard to describe them as anything apart from just…Radiohead.

They are loved by jazzers because of their obscure timing and choice of chords, such as Pyramid Song for example.

I don’t describe myself as a Jazzer by the way, but the songs I write are obviously influenced by Jazz progressions. I would say, however that I try to choose chords which would not necessarily work in a conventional manner and hope it works! It certainly does with Radiohead and they are a huge influence of mine.

Sit down/Stand up has one of the best build ups, much like There There, also on Hail to the Thief.

Keni Burke – Risin to The Top

One of the best basslines ever. Sampled many times. I first heard Keni’s line on a Mary J Blige remix, and had to find where it came from. This was one of the tracks which made me into a beat digger, and consequently clock up endless hours on Whosampled.com

I have always wanted to make grooves in my music with Jackson which sound like they have been sampled, but in fact are my own. They are all heavily influenced by those rare grooves you find when sample digging!

Kool and the Gang – Summer Madness

(My favourite piece of music ever. 2 chords, basically, but sometimes the most simple chord progressions, make the song!)

As soon as the clocks go forward, and it’s time to chill outside, this track is an essential in my house. The rhodes with tremelo, combined with the octave guitar, the Solina strings and that sweeping synth has always hit me like nothing else has before, ever since I first heard it when I grabbed my copy of GTA Vice City back in 2002. The fictional radio station – Fever Fm was an education to me, and certainly was a big factor to bringing me in my musical career to date, believe it or not!