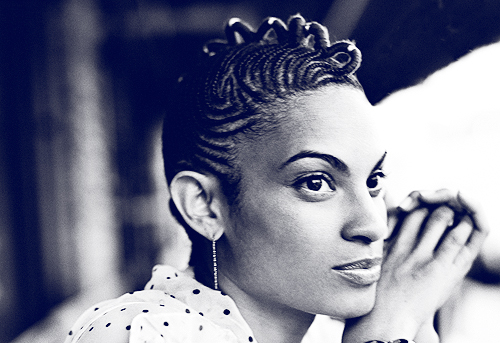 Noodle, the fictional character from Gorillaz, recently dropped a playlist featuring the women that inspired their upcoming album. This playlist featured Hiatus Kaiyote, a big favourite at jppHQ. This has inspired the new guest editor, Luke Bentley, to create a playlist of his picks of the top tunes featuring female soul vocals.

This track featured on the latest Gorillaz playlist of female influences. Nai Palm, front-woman of Hiatus Kaiyote gives a stunning performance on this track. Even if you don’t know this band, you may have heard this track sampled in Anderson .Paak’s track “Without You”.

Fatima – Biggest Joke of All

Fatima has recently signed to legendary jazz label Blue Note records. While fan’s pray for a new album, a short EP was released in 2016, called “Still Dreaming”. It features this track, probably Fatima’s most well known. I most recently heard this at a nice restaurant in Budapest. This is a song that builds and builds wonderfully, and you never want it to end.

Amy Winehouse – Our Day Will Come

Winehouse covers this track by Ruby and the Romantics. Originally recorded in 2002, it was released in 2011 as part of the posthumous compilation album “Lioness: Hidden Treasures”. This album name could not be more appropriate when you hear Winehouse’s beautiful vocals on this track.

Part of the Gorillaz album “Plastic Beach”, this track begins with emotional vocals from Damon Albarn, and Little Dragon frontwoman Yukimi Nagano slowly creeps in until she completely owns the song by the end of the track. You will be nodding your head by the end of this song.

This track is featured on Mos Def’s 2009 LP “The Ecstatic”. Muldrow brings some really smooth vocals to this track.

One of the many released by Quantic, this features fantastic vocals by Alice Russell. If you don’t know this track, you may have heard the remix by Oliver $ and Jimi Jules.

Bonobo features many vocalists on his albums. This is a great track for just staring out the window mindlessly. Bonobo have recently released their new album “Migration”.

The Cinematic Orchestra ft. Fontella Bass – All That You Give

The opening track of their 2002 “Every  Day” album, this track opens beautifully with harp and strings. Bass’ vocals are haunting. The late Fontella Bass is best known for her song “Rescue Me” back in 1965.

This song is an R&B classic, bringing together two of the most legendary soul singers of today.

Kanye West contributed to the writing of this song. This is probably Keys’ most popular song not to make it onto a studio album, the grooves in this track are on point.

Goapele’s most popular track to date, released in 2001, is still as smooth, relaxing and timeless as when it first dropped.

Laura Paul gives an excellent take on Fatima’s “Mind”. The original song, produced by Floating Points, is given a Big Band rework by Jazz Plus co-founder Chris Jones. This arrangement makes you rethink the sound that a Big Band can produce. Absolutely stunning.

I couldn’t have a playlist of female soul vocalists without featuring the Queen of neo-soul – Erykah Badu. Here she gives a cover of the standard Afro Blue as part of the “Black Radio” album, an album crossing between jazz, soul, hip-hop and R&B.