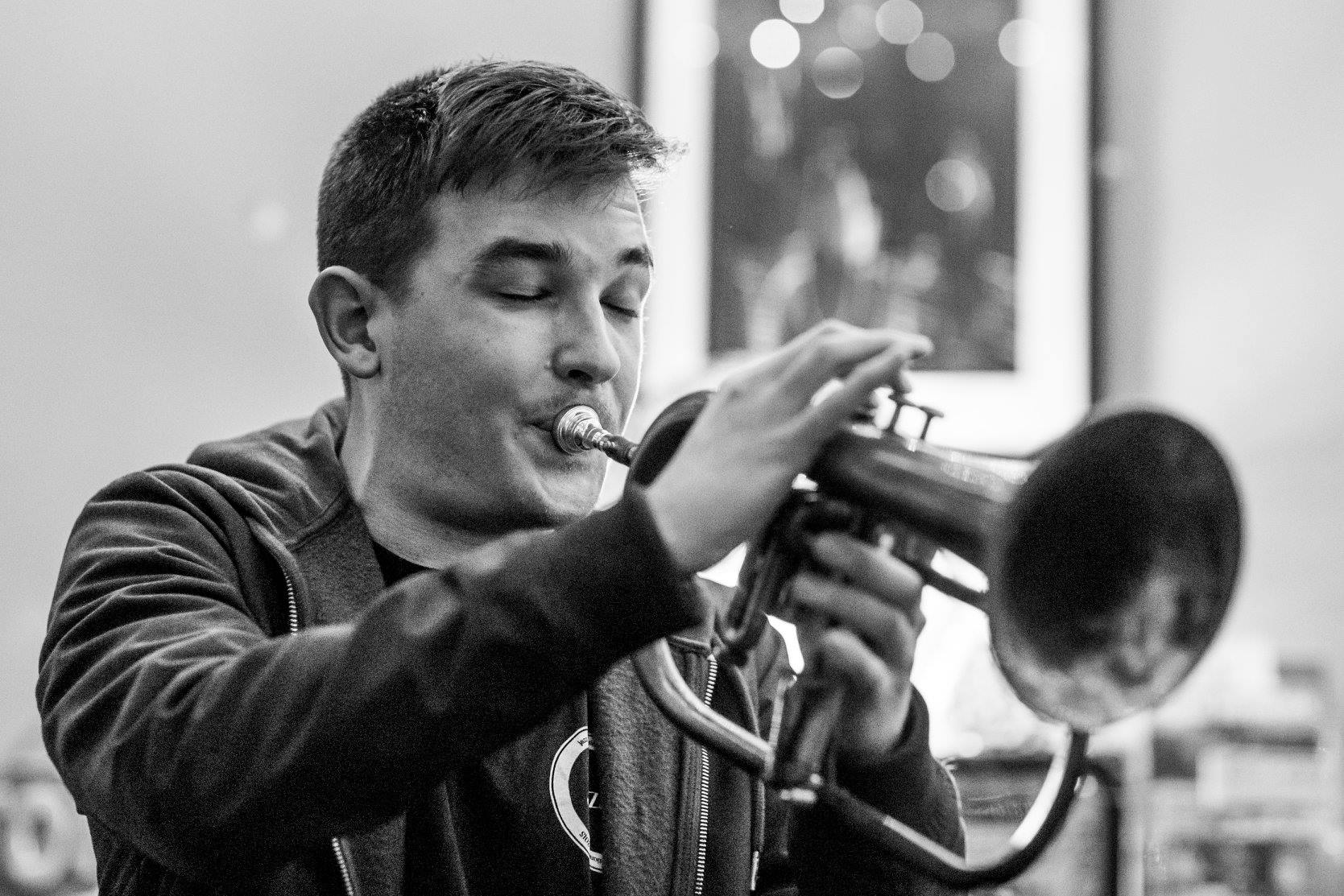 A storming trumpeter and just as exciting a composer, Aaron Wood is currently a lynch pin of Manchester groups Artephis and Glowrogues. He’s picked the music that’s most important to him, reported here for you by JPP. Read and listen on. (^^^ look at that ^^^, he’s even rocking a JPP tee.)

I decided to go for tracks that have mostly contributed towards my composing (apart from a few trumpet tracks I couldn’t say no to). I’ve been working on a range of different projects over the last 6 months which has led to my listening being really random, so its nice to go back to these tracks that did and still do inspire me.

The first album I really dug into when I was younger. I think I fell asleep listening to this album every night from about 11/12 to 15 years old. A few years later when I actually learnt who Miles Davis was and what he did to jazz music, this album started to inspire on a whole new level.

It’s difficult picking one song from this album because the whole thing is incredible, but this song hits on so many different levels. Kendrick is pushing the boundaries of music like no one else and conceptually he’s my biggest influence. I’ve always seen him as the modern day Miles Davis.

My favourite band at the moment. Grooves for days. This version didn’t make the album but Marcus Tenney’s solo is awesome.

Wynton is the GOAT of trumpet playing. People have their opinions on him but no one comes close to the virtuosity he has as a jazz and classical musician equally. This video is another level, plus the band he had from the late 80s early 90s is killer. I love his work with the JLCO too.

Love the sound these guys have created. Wicked trumpet playing and production.

Classical music is for everyone. If you only listen to one track from this list then it has to be this one. Chopin prelude no.4 in E minor and it’s at roughly 13 minutes. The whole Ted Talk is fantastic but the way Benjamin Zander talks about this piece and makes you connect to it is astonishing.

Clark Terry, a legend in every sense of the word. Idolised by Miles Davis and Quincy Jones, hell even Duke Ellington followed/stalked him for months convincing him to join his band. He also developed what is now the modern Flugel and no one played it better than he did. the track starts about 2 minutes in. I don’t know why I like this random video so much, but it looks like so much fun.

I’ve been writing music for orchestra and a piece for brass quintet recently and this piece alongside Kaytranada have been my biggest influences. Yep. If you’re reading this Kaytranada, please do a Sibelius 2 remix. Please.

A friend played this track to me in my first year at the RNCM and from that point I knew exactly what I wanted to do with my music. I’ll never forget listening to this for the first time. This was also my introduction to the music of Radiohead. What a twofer.

Keep your ears pricked up for the sounds of Aaron’s trumpet, and most certainly go listen to the new Artephis album All Change No Change here.